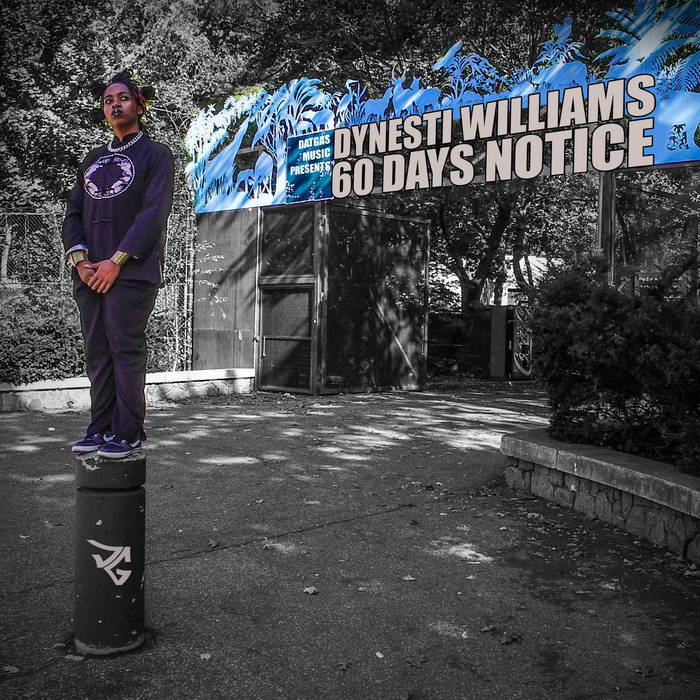 Food for the hip-hop lyric-lovers. In this new dish, The Dyna (Dynesti Williams), is found making fun of the new wave of mumble rappers while dishing vicious bars. She makes it clear that she plans to demolish the low expectations that the industry often has of ladies in hip-hop. She did not show up to just be another female rapper, she showed up to be the master of the ceremony.

Brought to you by Dat Gas Music Entertainment.

Never found a way to take off in my city
Letter to my landlord, I'm moving in 60
Headed to The Bronx with the sauce in the hooptie
You're 'bout to have your doors fucked up by a rookie!
Drop the facade, which boss is talkin'?
Don't even need to run, I could pass you walkin'
Woke up workin', no need to clock in
Already way past what you folks are watchin'
How many L's are you gunna get?
Even if you chain smoke them, you'll never lift
Broke, but you act like a star, you're flossin'
The bike tried to act like a car, so the car hit!
I'll be honest honey, you make it too easy to take your money
I'm stylin' on you and I just stepped in
Wild and vicious on some racoon shit!
I don't throw bombs, I throw Titans
Try a ting, and I'll send you to the light
I'll be in your news feed when you're hiding
When you tuck yourself in at night! Grrr!

Hold on baby, I'm about to get nasty
I just wanna do ya like Uber did Taxi
Dyna put in work, cause and effect
Every other kitchen is behind on the prep
These girls are living out spelling bees
C they take the D, then they get the E's/ease
Ahead of the curve, see my momma was a G
She said to take the world, I don't have to hit my knees
The wave is here, will you drown or surf?
I came to give my people what they do deserve
They say if I don't top the charts, then I'm not the best
But almost every hit starts with a silent "S"
They look pretty in their make-up now
But I'll send a wet wipe to the game's eyebrows
I'm a chick that raps, so don't take me serious
And I'll end this whole shit with a BLOODCLAT PERIOD
.

Inspiring people everywhere to reconnect to their authentic selves through bold and unapologetic live performances, lyrics, videos, and sonic experiences, Dynesti is an unstoppable powerhouse. Her passion encourages listeners to take a dive into consciousness through Royal Hip-Hop/Soul with a "dash" of Rudegyal (Caribbean woman with attitude). ... more

Bandcamp Daily  your guide to the world of Bandcamp